13th August 2021: Z Energy's investor day and the "yes" vote to turn Refining NZ into an oil terminal have been favourably received by the sharemarket.

A number of positives have surrounded the stock, even though it is in a twilight industry, so would a takeover stack up?

Devon Funds fund manager Tama Willis thinks so. He says turning Refining NZ into a terminal would simplify matters considerably for Z Energy, which in turn would make it an attractive takeover prospect.

Willis said the investor day, the vote, and the speculation had focused market interest on the stock.

"An import-only supply chain, as opposed to bringing in crude, is going to bring about a lot of efficiencies in the business.

"They are guiding to a $100m uplift in EBITDA on that basis, so that was ahead of what the market had expected.

"Because Z Energy has disappointed in the last couple of years - apart from recently - no-one has given them the full benefit of that target," Willis said. 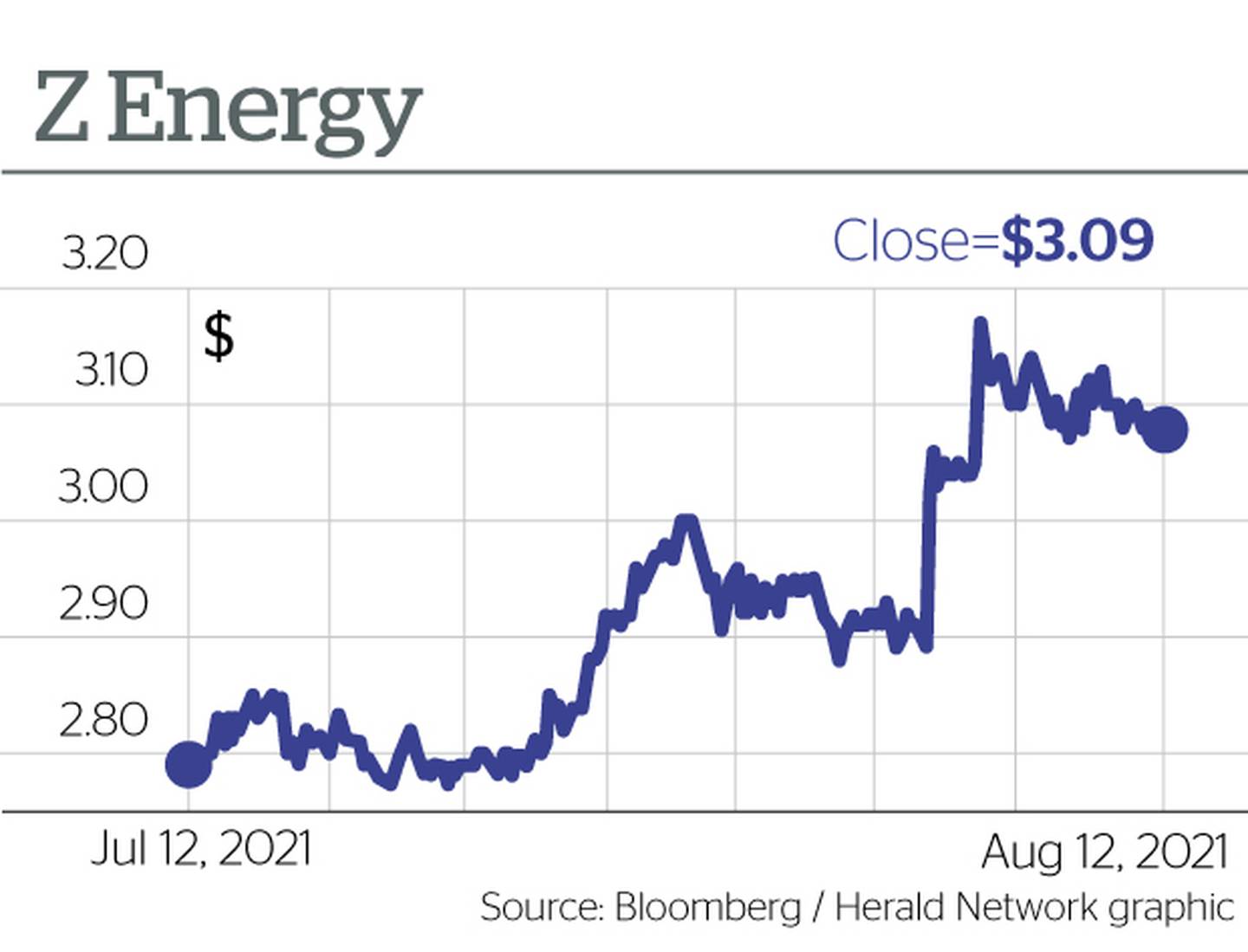 Over the years, Z Energy had suffered from declining retail fuel margins, falling volumes and then Covid-driven volatility.

"Retail margins look to have stabilised at lower levels, which is encouraging," said Willis, and the company was still targeting a dividend payout ratio of 70 to 75 per cent of free cashflow.

"On my estimates, that equates to around 9-10 per cent cash dividend yield and they have guided to a minimum 6.5 per cent under all plausible scenarios," he said.

Over the next 12 months a lot of things are going happen with Z Energy and Refining NZ, in which it has a stake. The refining company's final decision on the terminal is due in the third quarter and the conversion will occur in 2022, so it will be quick change.

Z Energy will benefit by not having crude oil sitting in ships and at the refinery for two or three months - providing the company with a big boost in working capital.

When the Northland refinery becomes a terminal, the finished product will go into tanks and be distributed around New Zealand.

"So it's a much simpler process and that will release about $150m of working capital," said Willis.

"Where it gets interesting from a merger and acquisition perspective is that Z Energy will basically be in the market buying 4 billion litres of fuel a year.

"That will be negotiated directly with a refinery or a trader for long term contracts.

"That's a fairly sizeable position that they will be buying, which if you look at it from a major refinery or trader's perspective, that's quite a big captive market to take advantage of," he said.

Z Energy, whose share price was well north of $8 just five years ago, could also be seen as a distressed asset at today's price of just over $3.

A new owner would push out billions of litres of fuel over the next 15 years, before electric vehicles take hold.

And once greater conversion to electricity takes place, Z Energy would not have the "dead weight" of a refinery hanging over the business. "I think it [a takeover] has a lot of merit."

Some of the potential parties mentioned for a run at Z - Ampolex and Vitol - are likely to face some competition and commerce commission issues, Harbour Asset Management portfolio manager Shane Solly said.

"Both Ampolex and Vitol would need to make some changes to their existing business to make things work," he said.

"And the sector faces scrutiny for fuel pricing practices even with the new structure."

Power in the spotlight

This week's blip in the electricity supply has served to keep the spotlight on the big power generators, highlighting the political and regulatory risk associated with them.

"Whilst we believe the high wholesale electricity prices are a natural response to constrained supply (both hydro and gas) and increasing carbon prices, the prolonged period of high prices has lifted regulatory and political pressure," brokers Forsyth Barr said in a research note.

"We do not expect any major departure from what the generator/retailers have said previously (high wholesale prices are justified given the supply/cost issues and should come down in two/three years)," the broker said.

Contact Energy will be the first cab off the ranks among the power generators when it reports its result on Monday.

Forsyth Barr expects Contact to be the standout performer in the sector.

"We expect Contact to report the strongest earnings in 2021 and to be the only generator/retailer to grow second half EBITDAF compared with the second half of 2020.

"Its hydro generation was less affected than most by the dry second half period, but Contact also positioned itself well and has been able to take advantage of strong wholesale electricity prices," Forsyth Barr said.

Auckland International Airport's passenger traffic will struggle to reach half of pre-Covid levels in the current year, according to S&P Global Ratings, which has affirmed its "A-/A-2" credit ratings on the airport company and "A-" ratings on the company's debt.

The stable outlook reflects the consistent ramp-up of domestic traffic over the past 12 months or so, which together with property income continues to support AIA's cashflow and credit measures.

But S&P expects passenger levels for the fiscal year ending in June 2022 to be about 40 to 50 per cent of 2019 levels at the airport, which this week unveiled new plans for a domestic jet terminal.

This is because the company generally derives about 55 per cent of its passenger traffic from international travel, which could remain minimal over the next six months. 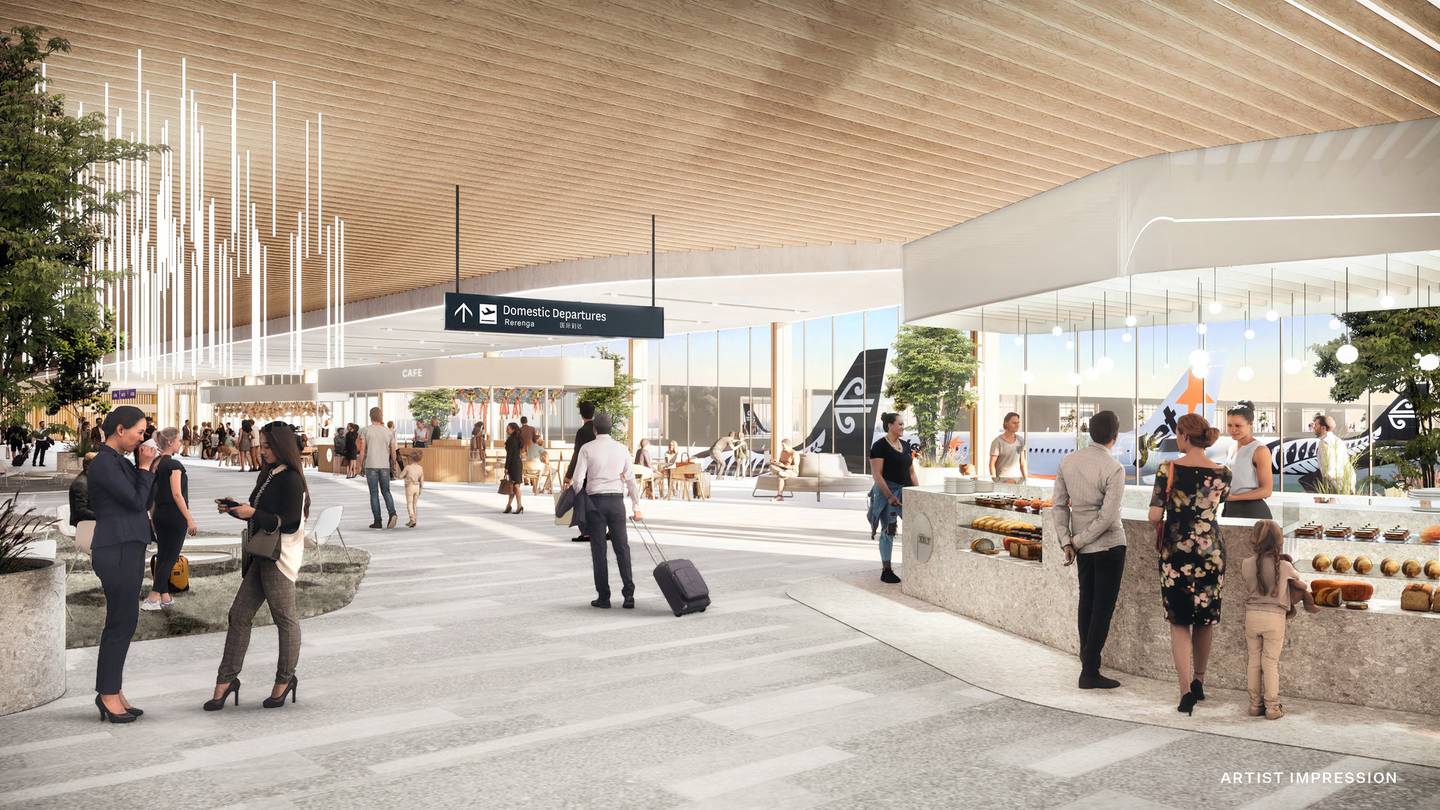 The commencement of the transtasman travel bubble during May-June resulted in an increase in international passenger numbers at AIA, to about 18 per cent of pre-Covid levels during that period.

However, with the spread of the Delta variant in Australia, the travel bubble has been suspended, which would result in minimal movement of international passengers for the next few months or perhaps through to December.

S&P said it believed that Auckland Airport's funds from operations to debt would remain around 9 per cent to 10 per cent for the current fiscal year and subsequently recover to above 11 per cent, based on its traffic estimates and management continuing to prudently manage operating expenditure and capital spending.