10th May 2021: Units in the Fonterra Shareholders Fund - which give investors outside the co-op access to its dividends - could soon become a thing of the past.

In its response to Fonterra's proposals, FSF Management, the manager of the Fonterra Shareholders' Fund, said a buyback would require a price to be negotiated between the manager's subcommittee and Fonterra.

The fund has 107.2 million units on issue, with a market capitalisation of around $493 million.

As it stands, farmers have to buy one Fonterra share for the right to supply 1kg of milk solids.

Under the new proposal, it could be one for four.

Fonterra's preference is for a reduced share standard and a capped fund or no fund at all.

Mark Brown, chief investment officer at Devon Funds, said the units - which give investors access to Fonterra's dividends - had long lost favour and were "almost uninvestable".

The scheme was designed first and foremost to deal with Fonterra's redemption risk - when the co-op has to pay out farmers when they decide to exit. 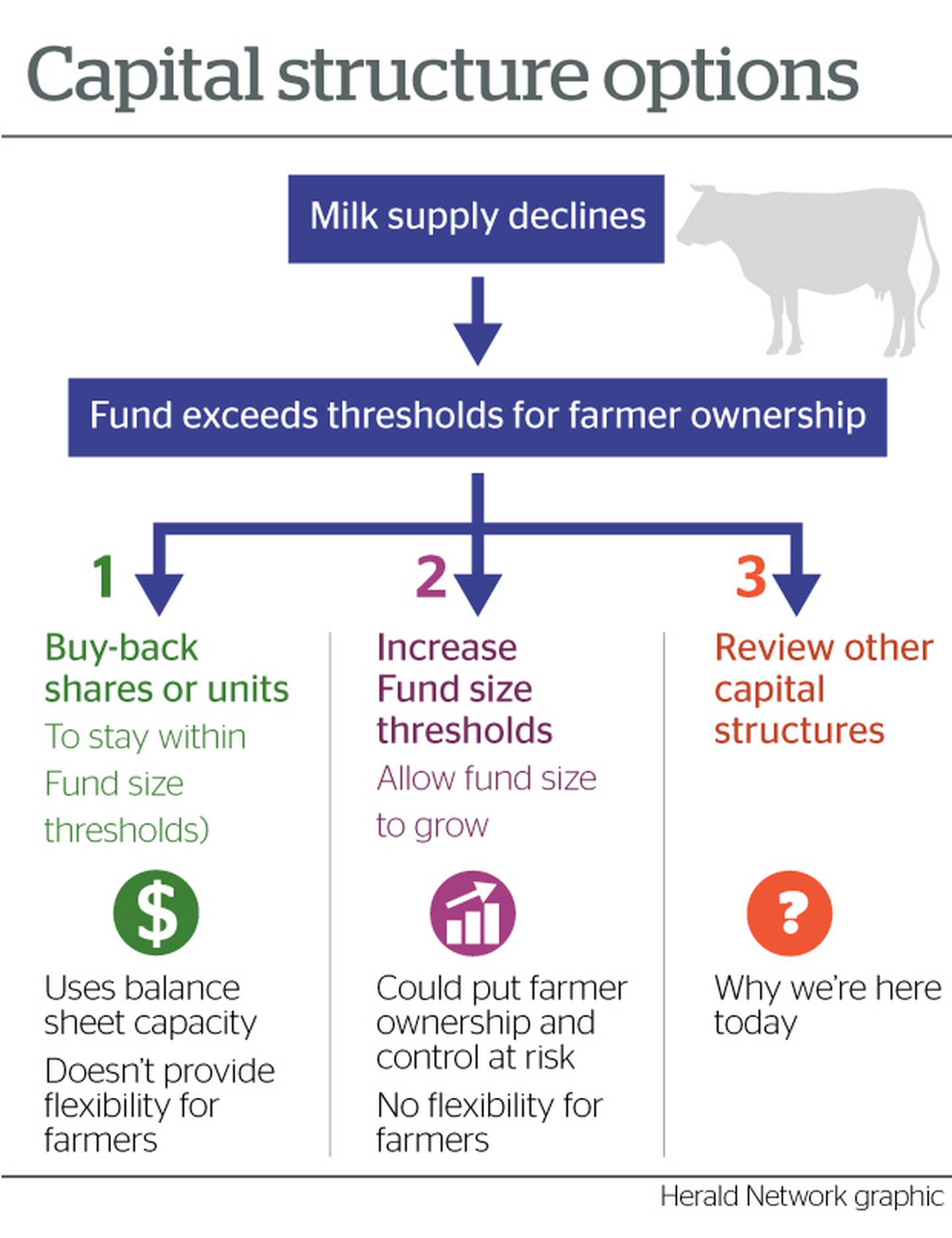 History had shown that if enough farmers left the co-op at one time, it posed a potential risk to its balance sheet.

"The capital structure is wrong.

"A corporate entity, I would suggest, would be a more appealing investment but the fact of the matter is that it is actually a co-operative that has a listed portion on the NZX," he said.

"The listed portion is really only there to give some transparency and certainty, and the ability to trade amongst farmers."

Brown said it was a "troubled corporate structure right from the very start".

"The only reason it was there was that it freed Fonterra from being the buyer of last resort for farmers," he said.

Fonterra's move to address redemption risk was "clearly not appealing for investors".

"Listing was a step in the right direction for them but they only went halfway."

The farmer-only Fonterra shares - which trade in lock-step with units - had not performed either, he pointed out.

"In the bulk of that period Fonterra was not doing particularly well as a business," he said.

"Over that time they made some poor decisions and did not really have their ducks in line," he said.

"The irony is that the progress that we have seen in recent times has been too little, too late."